Take a Walk on the [Wild] Side

Discover the Natural Beauty of Creekwood and Creekwood Collections

It’s a sunny spring weekday morning in Creekwood Collections in Chappelle. Two young moms jog along a community trail, pushing strollers, with a golden retriever lagging behind. A brightly dressed toddler, grandmother hovering nearby, waddles near a pond, where several ducks have just returned after the winter.

The meandering walkways, extensive greenspaces and purpose-built wetlands of this new southwest community are only a few kilometres away from Alberta’s main highway and not far from the hustle-and-bustle of retail meccas in Windermere and along Ellerslie Road. But here in this quiet suburban neighbourhood, nature is on the doorstep or just down the walking trail.

Residents often see ducks, geese, even deer, along the trails and in and around the neighbourhood ponds. Given the rural history of this area of Heritage Valley, and its proximity to the Whitemud Creek Ravine, it’s not surprising that there are plenty of plants and animals to be discovered in the neighbourhood. The nearby Whitemud Creek system is one of the most important tributaries of the North Saskatchewan River in Edmonton and boasts a rich diversity of native plants and wildlife.

According to the Edmonton Nature Club, more than 150 species of birds can be found in the Whitemud Creek Ravine, including common mergansers, common goldeneyes, Canada geese and mallards, woodpeckers, nuthatches, hawks and owls. The ravine also has weasels, coyotes, white-tailed deer, ground squirrels, garter snakes, and boreal and wood frogs.

An environmental assessment done on the Chappelle area found a wealth of wildlife and plants thriving among the aspen, poplar, spruce trees and prairie vegetation in what is officially known as a central parkland sub-region of Alberta.

That assessment report offers a “who’s who” of the flora and fauna you might encounter.

The report lists more than 50 bird species you might come across in the area, from the tiny ruby-throated humming-bird (Archilochus colubris) to the majestic great blue heron (Ardea herodias). Among the most likely to be seen are:

• Canada goose (Branta canadensis), especially near the ponds and in neighbouring farmland

• Mallard (Anas platyrhynchos), in ponds and constructed wetlands (look for their nests in the tall vegetation or under a bush near the water)

• Blue-winged teal (Anas discors), along the edges of ponds and wetlands

• Northern pintail (Anas acuta), whose nest can be found in a small depression in the vegetation near wetlands and ponds

Sightings of mammals and other animals are rarer, of course, but you might be lucky, especially if you are out walking in the evenings or early mornings. Keep your eyes open for these animals:

If you’re walking by Creekwood Chappelle’s many stormwater facilities, you’ll certainly notice cattails, bulrushes and marsh reed grass. But look closely and you might see other kinds of vegetation —including wild herbs, wildflowers and edible plants along the walkways and wetlands. Some of the more common plants and trees are: 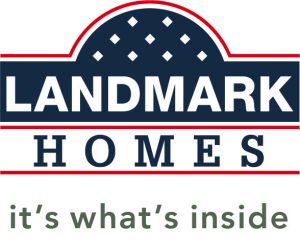